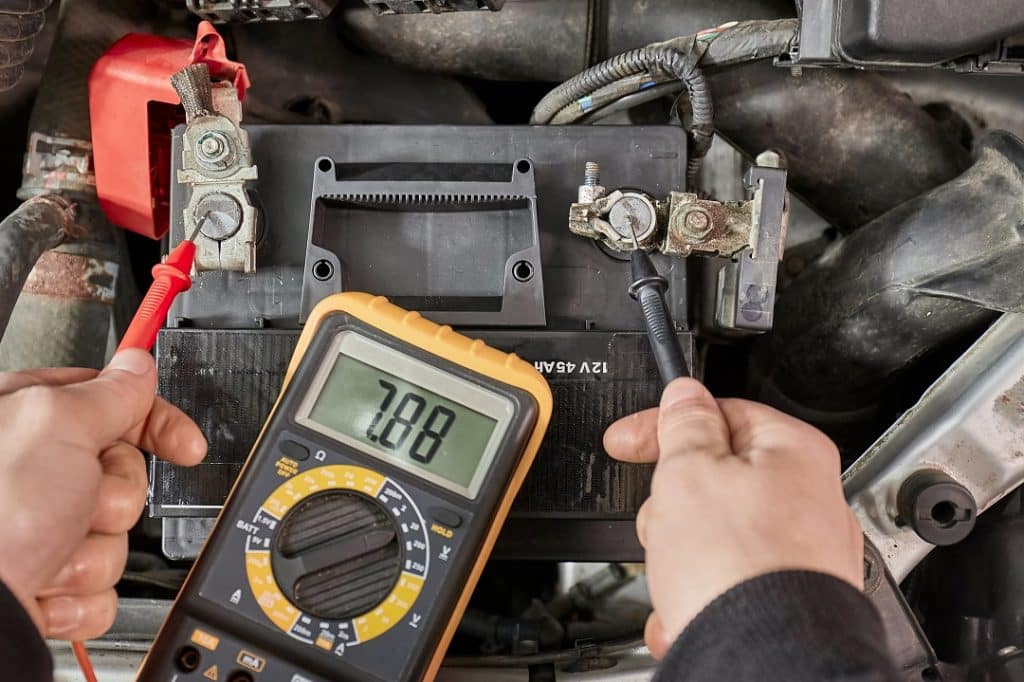 Do you want to avoid being stranded on the side of the road? If so, then it’s essential to check your car battery every once in a while. One sign that your alternator might be wrong is if your headlights dim when you accelerate or use other electrical components. Other signs are if you notice that the engine light comes on more often than usual and there is an unusual clicking noise coming from under the hood. Finding out early can save money by preventing expensive repairs down the line, so make sure to keep up with these symptoms!

Auto Repairs Can Cost You Money

The alternator supplies power to the car’s electrical systems. It can charge all of the parts inside. An alternator is secured to the engine, and it gets its power from a belt that goes around it.

The Drive Belt or Serpentine Belt

A drive belt can drive your car’s accessories. It can power the alternator, water pump, and air conditioner compressor. The serpentine belt helps the car move, but if it breaks down or is damaged, the car won’t be able to go anywhere. If you try to turn on the engine when the belt is not working, then it will overheat because the water pump isn’t working, and that can also damage your radiator and coolant h

A broken belt will make your car’s engine louder. You might also hear squealing noises coming from the brake. The charging system warning light may come on because the car won’t charge its battery. A bad belt and a lousy alternator are connected to each other.

Symptoms to Look Out For

There are a few indicators that your car’s alternator is failing. When you start your automobile, the charging system should show an issue. If it doesn’t come on, the “CHARGE” symbol may appear while you’re driving. This warning light should go off as soon as you start the engine ultimately.

If the light stays on, it means there is a problem with your car. It might not be the alternator, but it is one of the most common reasons that the light will stay on. You should get someone to look at your alternator and any other electrical reason for this happening while you are driving the car.

If the lights on your car get dim when you are idling, but they turn brighter when you start to drive, this might be a problem with the charging system. The problem could be because of a weak alternator or because the battery is dying. If one of these things happens, there could also be problems with our connections or belts to power the engine. If your car starts making a high-pitched whining and buzzing sound from under it (and not coming from other sources), then it might be something wrong with your alternator bearing.

There are three rotating plates in your car that cover the copper wires. These plates create a space for the alternator to produce power. If the plates fail, they can fail one at a time. This causes the alternator to weaken but not stop completely. Plates can prevent the power from going out of the electrical system and to the battery and ignition system. This can damage your battery and make your car not start. To prevent this, you need to check if your alternator is terrible.

Diagnosing the Problem of Your Alternator

If you think that your alternator is not working as well as it should be, you will need to test the part to see if it is damaged. The best way to do this is with a voltmeter, but there are other ways too. You will have to check the part for damage and fix it – just like testing the oil pressure.

How to Use a Voltmeter

The first step in using a voltmeter is to get one. You can find them at places like auto stores for usually less than $20. Do not buy the most expensive ones because they are more money, but still work the same way as cheaper ones.

If you already have a multimeter, then use that instead. A multimeter is used to measure voltage and other electrical power within your vehicle. It can help figure out if the problem is your car’s alternator (a device for measuring electrical difference).

The battery is the first thing to check. The battery helps your vehicle start. If your battery is extremely low or damaged, then you will not be able to start your car. This means that you can’t test the alternator either – it’s a circle!

Turn off your car. Get the voltmeter and attach it to the battery of your vehicle. Then open the hood of your vehicle so you can see what’s in there. Set the red lead to the positive terminal on the battery and place the black lead on the negative portion. If there are more than 12.2 volts, it will start your car. If there is less, you have not charged it enough, or you need a different method.

4th step: Use a voltmeter and check your battery again

How to Monitor Your Alternator

The first step in checking your alternator is to see what the gauge’s level is. If you have a voltage meter, it will show the alternator output, and it will be easy for you to read. To test, power your engine at least 2,000 RPMs.

Turn on the AC, headlights and lights, and any other electrical items that use batteries. Monitor the gauge to see how it runs. If the voltmeter is higher when you are driving your car, then your alternator is working well.

2nd step: Listen for the loud noises caused by your alternator

While the car is on, listen to the alternator. If there is a problem with it, you will hear a squealing sound. The sound will be louder when more electrical items are turned on at the same time, like, for instance, turning on the radio and air conditioning, and they both run at high power.

How to Extend the Lifespan of Your Alternator

Sometimes the alternator will break before it is supposed to. If you let water get inside it, it can make the alternator wear out over time. The engine shield keeps water from getting in the engine, so you should replace it if something gets wet. There may also be leaks that could damage the alternator. Make sure to keep everything dry, so there is no liquid damage on any of the electrical parts.

Price of an Alternator Replacement

Replacing an alternator is expensive. The price is between $420-$850. It’s cheaper to rebuild the alternator, but it needs to be taken apart first.

What to Do if I Can’t Replace or Diagnose My Vehicle?

If your automobile is old and has issues, you don’t want to go through the trouble of repairing it. It would take a long time, and you might just want to purchase a new vehicle instead. If this sounds like something, you’re looking for, head straight to a shop that will provide you with an honest quote.

How do you check if your alternator is bad?

There are several warning signs that your alternator is failing, including dim or overly bright lights, a dead battery, difficulties starting or stopping, and growling or whining sounds. If you detect burned rubber or electrical wires, your alternator may be faulty.

How do you check if it’s your battery or alternator?

If your dashboard light is illuminated, it means that something is wrong with the car’s charging system. To check if your alternator is working, run the car and disconnect the battery’s positive terminal. If it stops running, you probably have a bad alternator.

How do I check if my alternator is working?

Can you test an alternator without removing it?

Professional repair shops have this equipment, and some auto parts stores have it too. This is best because you do not need to take your alternator apart – the tool can test it in the car.

Can you jumpstart a car with a bad alternator?

If your car’s alternator is not working, it will still run if you have a good battery. The car won’t stop running until the battery is dead.

Can a bad alternator drain a battery?

When your car is off, the alternator should stop charging the battery. If it does not, then your car’s battery will be drained, and your car will not start.

Click here to learn more information about the signs of a bad alternator.