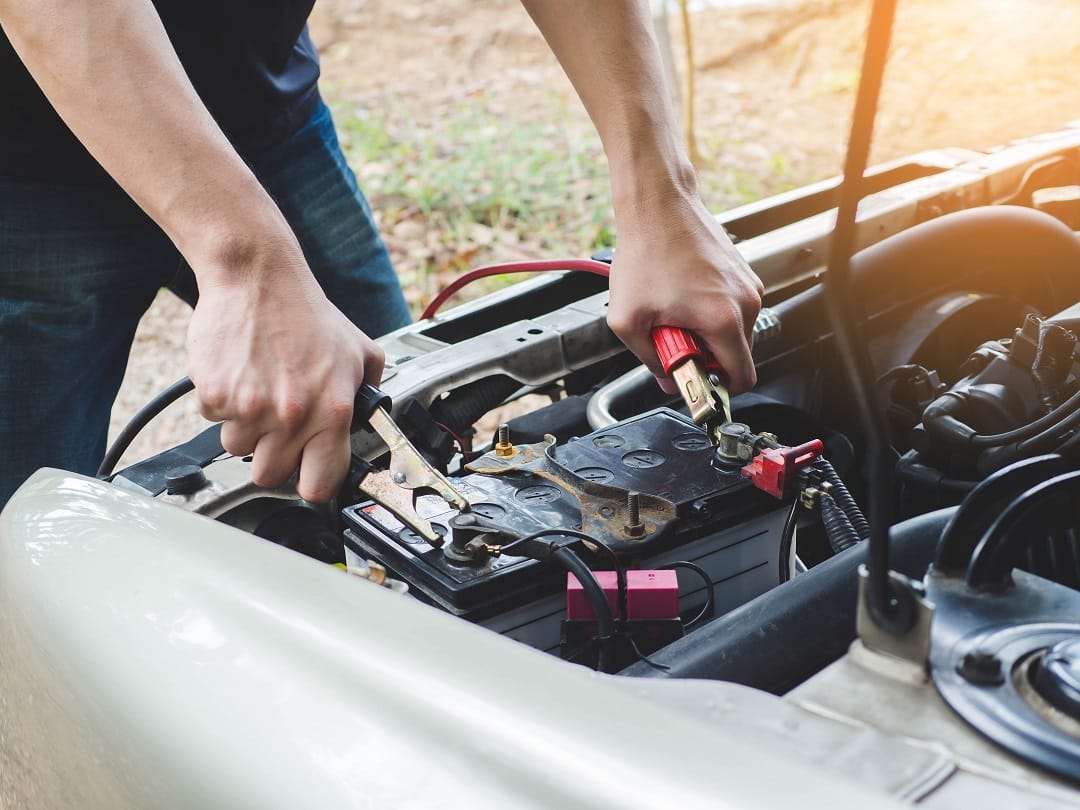 Table Of Contents
1
What Is a Parasitic Battery Drain and How Do I Get Rid of It?
2
How to Recognize When Your Battery Is Draining
2.1
Step 1: Removing the negative battery cable from the car.
2.2
Step 2: Examine the Negative Cable and Battery Post for Draws
2.3
Step 3: Removing and changing the fuses
2.4
Step 4: Remove and Repair the Damage
2.5
Step 5: Replace the negative battery cable if it is damaged.
3
Frequently Asked Questions About Parasitic Battery Drain Test
3.1
How do you check for a parasitic battery drain?
3.2
How do you stop a parasitic battery from draining?
3.3
What is the most common cause of an excessive parasitic drain?
3.4
How is parasitic draw diagnosed?
3.5
What is the acceptable parasitic draw?
3.6
Can a parasitic drain ruin a battery?
3.7
What are parasitic drains?
3.8
What causes battery drain?
3.9
How do I stop my car battery from draining?
3.10
What causes parasitic load?

You go to your car, turn the key, and click-click noise. Your battery drained overnight when you were not using it. You're not sure where the battery cables are, and you haven't charged your jump-box in a while. It happens to everyone sometimes! But we'll find out what has caused this problem.

What Is a Parasitic Battery Drain and How Do I Get Rid of It?

A parasitic battery drain is when something keeps taking power from your car. The problem might be a faulty relay, a headlight/dome light switch, alternator, or another electrical gremlin. Someone who does not know about this problem might charge you money too because they don't enjoy diagnosing electrical issues.

How to Recognize When Your Battery Is Draining

You should be able to figure out what is wrong with your battery. You can accomplish it in a few minutes. Having an extra helper will help, but it's not needed. Keep in mind that there is more than one fuse panel inside your car. Some cars have them inside the hood and others in the passenger area; it is also best to check your car's manual for a guide.

Step 1: Removing the negative battery cable from the car.

The negative battery cable is attached to the post. The 2000 Ford Explorer uses an 8mm bolt, and you can use either the negative or positive wire. Still, it is much safer if you use the negative wire because it won't damage electronics like your multimeter.

Step 2: Examine the Negative Cable and Battery Post for Draws

Put your multimeter on the Amps setting. It should be a symbol that looks like a solid line with dashes underneath. Do not have it on AC; this is for electricity at home, so you will probably have the option of Amps or milliamps. Put your wires in the correct location on your multimeter.

When you use your multimeter, it will be in the middle of the battery. This means that the current will go through the meter on its way to power your device. For example, if you had 4.4 Amps of current, part of this current would flow through the meter. Make sure that your leads and dial are in the correct position.

Put one wire from the multimeter on the negative battery post and one on the disconnected battery cable. The meter will show how many amps are going through your battery, which will tell you what is draining it. Secure with a zip tie or small clamp for these wires to stay connected to the terminals and cables.

Tip: On the other hand, a regular operational automobile will draw approximately 50 milliamps of Amp from the battery.

Step 3: Removing and changing the fuses

Start with the fuse panel under the hood. Check if you can see your multimeter while you pull fuses. Pull out and replace the fuses by going back into their correct place when you change them.

Move to the inside fuse panel if you can't find the under hood fuse. An extra person can help. They will watch the multimeter while you pull fuses. If you don't have help, put your multimeter on your dashboard face down.

Step 4: Remove and Repair the Damage

Once you find the fuse causing the problem, there is a way to fix it. In our case, we discovered that our alternator was causing the pain. This was because it pulled more than 4 Amps at all times. We fixed this by removing a fuse with 30 Amps in it.

We replaced the alternator. We will replace the interior switch another time.

Step 5: Replace the negative battery cable if it is damaged.

You can remove the zip-ties from your multimeter leads now that you have fixed the issue. Then replace your negative battery cable. It should be all better now,, and your parasitic battery drain has been fixed.

How do you check for a parasitic battery drain?

How do you stop a parasitic battery from draining?

Can you avoid battery drain at all? No. You can't. But it is possible to reduce it as much as possible. Try to unplug extra things when you leave your truck for the night.

What is the most common cause of an excessive parasitic drain?

The most common causes of the parasitic drain are lights that don't turn off when you close the door. Sometimes they might be on because the relay switch is stuck.

How is parasitic draw diagnosed?

Make sure the negative of the battery is taken off. Put a light between the post and the ground wire of the battery. If it lights up, you have a problem with electricity flowing through that spot. You can find what is causing it by connecting and checking fuses to each end of the circuit and then disconnecting them one by one until the light.

What is the acceptable parasitic draw?

Can a parasitic drain ruin a battery?

It will die if a battery doesn't get recharged from the alternator. Parasitic devices and standard drain on the battery will make it worse. Letting a battery go dead for a long time will cause sulfation.

What are parasitic drains?

When your car is turned off, it will still use some energy in its battery. This is not like leaving your headlights on or closing the door.

There are many reasons when a car's battery dies. You might leave the light on or have a bad alternator, but maybe your battery just needs to be replaced.

How do I stop my car battery from draining?

To prevent your car's battery from draining:

Many things cause a vehicle to have more power being drained from it. A parasitic draw happens when parts of the car, or the circuits in, do not work correctly and then take power from the battery after you turn off your vehicle. This could happen, for example, if an alternator diode has a bad connection.

Click here to learn more information about the Parasitic Battery.